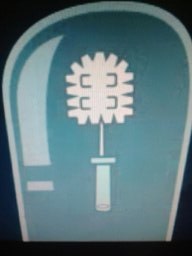 The Toilet Brush of Illumination is a powerful Woo Foo weapon that was used to defeat the Night Master.

It can be used to cast invisibility, to break a transformation spell, with Geosynchronometer to move moons around the sun and as a main power to defeat the essence of the any power originating from the Night Master.

While it may look like a normal toilet brush, it has a golden stick.

Retrieved from "https://yinyangyo.fandom.com/wiki/Toilet_Brush_of_Illumination?oldid=11810"
Community content is available under CC-BY-SA unless otherwise noted.