Plants that can control

A magical, talking tree stump, Dave is a dork and is considered pathetic by his friends. Many times, Dave is often caught in the crossfire of battles or hurt in some way by friend and/or foe. He is also whiny, talks nonstop about school and family and is never noticed. As discovered in "Stuck", Dave has the ability to communicate with and manipulate trees; this power apparently surpasses that of the other characters. Dave is also a masochist, sometimes enjoying the beatings his friends give him. In "Game Over", it is revealed that Dave can communicate and manipulate artificial trees. His worst fears are bad jokes and termites. He is also now a part of Yin and Yang's Woo Foo Army. Dave has had the same squirrel living in his head since he was two. Dave is currently a Woo Foo Knight in a Little Less Training. 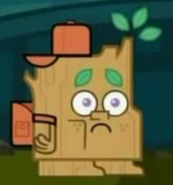